By using this section, you can find different topics such as types of sheet cutting , cutting rolls into metal rolls such as iron, aluminum, copper, steel sheets and types of coil to coil cutting and coil to sheet 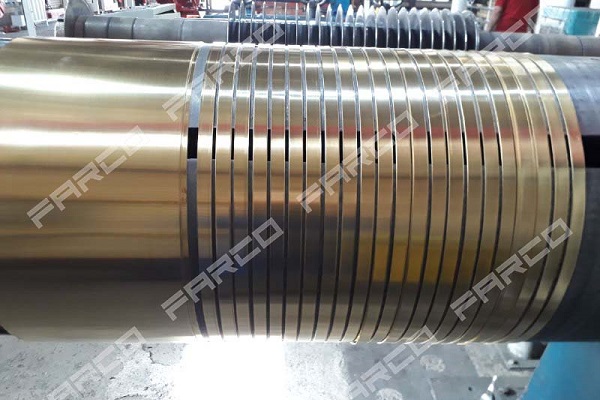 In many industries, such as the construction industry, all kinds of metal industries (such as Z.U.C building profiles), manufacturing of large pipes for industrial uses, high pressure tanks and Manufacture of automobiles, we require plates of different materials such as steel, copper and aluminum .
These types of plates when produced in factories, they come in widths between 1000 and 1300 mm in roll form, which require to be cut in transverse and longitudinal directions to be used in various industries .

To meet this need, a machine called a roll to roll cutting machine, Linear Cutting Machine, or a strip cutting machine is used .
In fact, this machine adjusts the size of the rolls in the longitudinal direction
Roll-to-roll cutting machines are generally divided into three groups of strip cutting : low-thickness, medium-thickness, and high-thickness .
It also cuts all types of plates transversely ((plate width 500 to 2000 mm, maximum roll weight 30 tons and maximum speed 120 m / s )) .))

Profiling literally means having a fixed Cross section at a certain length which This popular word is used most of the time, especially when working with metals . The Z profile is Z-shaped and the U and C profiles look similar to their letters . 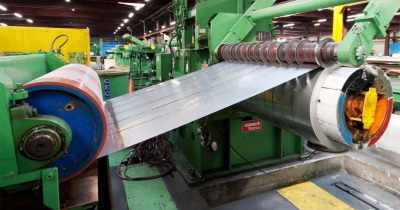 The components of strip cutting machine and the cutting steps are as follows :

A ball or coil catcher is a machine that has the task of opening the roll in the strip line and moving it to the next part of the machine .
The ball catchers or in other words the coil catchers are divided into hydraulic and mechanical categories and the choice between these two models should be suitable for customer's needs & requirements .
The minimum and maximum weights used in mechanical coils are between 1000 and 5000 tons, while the allowed weight for hydraulic coils are between 5000 and 20,000 tons .
When using thick or heavy plates, it is slightly warped during passing through the plate coil catcher , which uses a device called a pruning (fracturing) machine to eliminate these arches.
In fact, this machine for eliminating these tilts , uses a hammer to hit the plates .
After pruning (fracturing) and ball Catching steps we We get to the straightening section.

In the earlier steps of the cutting process, due to the high pressure on the metal plate, the plate twists and we will need to remove this wave and then will continue the work.
Also, the number of the rollers used can be 5,7,9,12 respectively, depending on the type of work and thickness.

If the plate is twisted during rolling, a machine called guillotine is used to remove the tilt in this section, and because the plates in different dimensions need more force for shearing, to do this process, the guillotine making should also be suitable for using.

After measuring for shearing and placing the plate inside the machine, the machine uses a scissors for cutting.
The scissors composed of two rods called the shaft and the cutting blade, in which the rods are parallel to each other on which the blade is put and cuts the plate.

When cutting the plate, we need to measure the plate to get the desired size. When this is done, some of the plates is separated as scrap and collected in the scraps collector.
These scraps are re-sold to the plate manufacturer for reusing and to be melted and molded to become plate again.

In order to better and precisely plate rolling , in the final step it is necessary to have a machine that can hold or pull the plate sturdy and tightly . This prevents the emergence of the extra spacing between the rolls .

The last step is the rolling operation ; at this step, by using the plate holder , the strip cutting system holds it and then the gearbox collects it .
There is a tool called the pitchfork that separates it after wrapping the plate on the rod or shaft .
And finally, we'll see how this giant and complex machine simply slices the plates into longitudinal and transverse sizes .
In fact, without this machine we could not be able to cut hard metals with such precision and size .